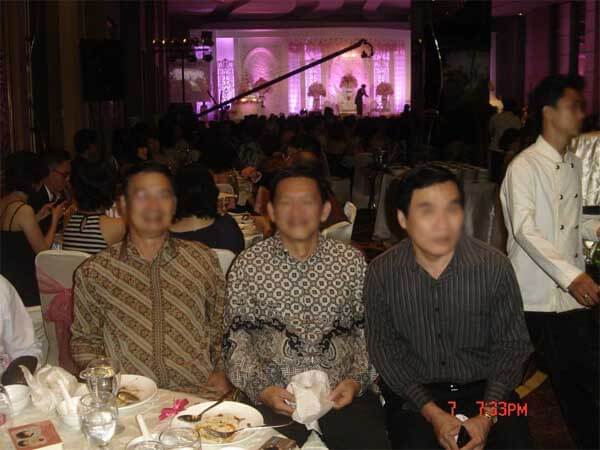 My uncle (in the middle) with his friends, blurred for privacy

For 40 years has my uncle smoked, which he started when he was a teenager, starting just out of curiosity with his friends, finally lead to 2 packs a day. His favorite routine is sipping hot coffee and smoking a cigarette in the morning.

He looked like enjoying life in the beginning, until finally his habit became a non-stop coughing with a lot of sticky ripple inside every morning. Not only that, his stamina start to drop due to shortness of breath, unable to focus on working, and his hands that started shaking uncontrollably.

We all started to become concerned and advised him to quit smoking, he agreed and tried to quit immediately due to his health. He keeps all his cigarettes locked in the cupboard upstairs.

Only on the first day at 11 am, 3 hours of not smoking, which is usually already 5-6 cigarettes, he begins to feel the side effects of nicotine withdrawal symptoms from cigarettes. He complained that he was dizzy and wanted to vomit, his hands and feet felt cold, he felt very frustrated, he could not resist the cravings, and totally hate the feeling he experienced without cigarettes.

The exact symptoms my uncle experiences when he tried cold turkey

"It's like half a life lost" said my uncle

2-3x he tried to stop a few times later, the same method cold turkey, the results remain the same, our family witness him could only sigh and lost hope on him quitting. I tried to help find out how to effectively quit smoking, did research online, and found out almost all of the articles said cold turkey method quitting is the best, decide the quitting date and just do it.

That's the way my uncle has tried to implement 3x in a year, but the results were zero. Far from the theory that it will work. Cold turkey was the best THEORETICALLY, but in actual result, only 3% of smokers able to do that. How about the rest like my uncle case?

I went back to my research mode and reading a lot, it turned out that the sudden withdrawal of nicotine from the body is what makes the body unable to endure it without nicotine enters. It takes 3 months for the body to get used to it and start producing hormones to replace the nicotine effect. Not considered he also need to eliminate the 'habit' of smoking cigarettes that suddenly disappeared, it's like half a life lost, said my uncle.

I went back to research and found the latest 3rd gen cigarette filters to help quit smoking. the name is Antitar, from Singapore which can ship worldwide. This filter actually only blocks tar from cigarettes, but based on reviews, some people said it helped to reduce from 2 packs to 1 pack per day.

Wow... I thought .. that's 50% already, my uncle can not even reduce 10% and only increase more. Besides finding Antitar, I also found a method to stop smoking gradually and planned. Somehow this made me curious, I want to try out help my uncle quit smoking. 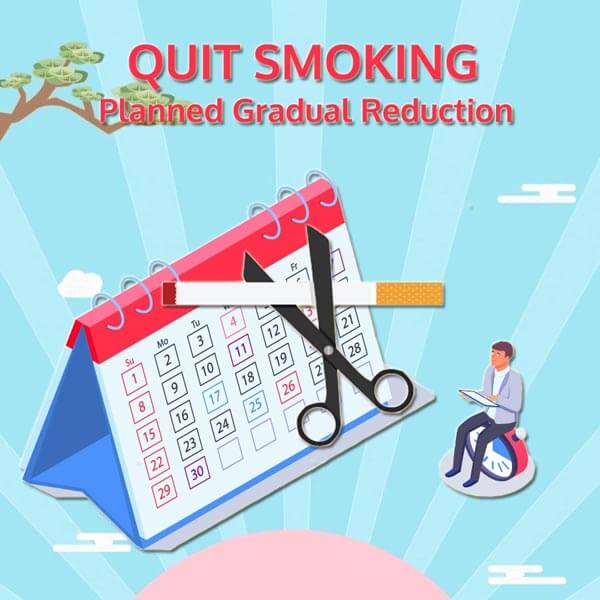 Finally, I decide to combine my 2 findings, stop gradually AND use tar filter, the details of my strategy are as follows:

The quit smoking gradually program last for 3 months, every week reduce the number of cigarettes/day by 10% to get the body used to reducing nicotine dependence slowly AND using antitar filters to cut tar that enters the body. This tar is what causes coughs and all the other illnesses. 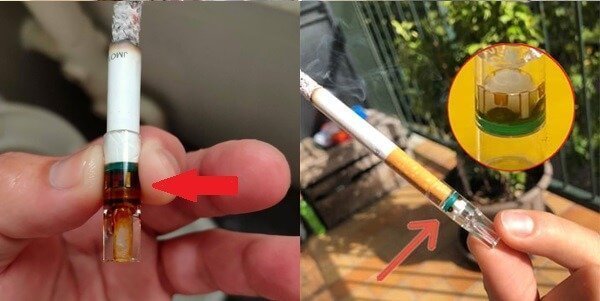 The black slime inside filter is the dangerous tar! Imagine what happen if those thing stuck inside your body

It has only been 5 days since he start this program (1st week) and using antitar filter, miraculously, my uncle has no more coughs, he is very thrilled to be able to return to his old habit of sipping coffee and cigarettes in the morning without coughing!

Yes, in fact, he wanted to give up the idea of quitting smoking because he got back what he wanted. But under the heavy influence of his wife and family to quit, he decided to follow my program once, if it fails again, he will just continue smoking with filters, he said.

Previously, he smoked 40 cigarettes a day, in the first week he smoked 36 cigarettes maximum per day ... his wife is the one who keep and supply his cigarettes, once he smoke daily quota, no more cigs for the day.

In the second week, it became 32 cigs a day, third week reduce to 28, etc. until it became 0 in the 10th week. Yes, he managed to quit completely in just 3 months. My uncle was disbelieved and surprised that he doesn't feel all cold turkey withdrawal symptoms at all. it was the best way to quit smoking for a heavy smoker like him

To be able to help more heavy smokers who want to quit smoking, especially those who have tried but failed continuously, don't lose hope, try the following method which I explain in more detail the system below. Hope this is useful! Share this good news with your friends and family about this strategy

** Disclaimer: These are real results that my uncle experienced. The results obtained and the duration of smoking cessation may vary depending on the discipline of each person. Antitar filter is not a medicine. The key to success is discipline. 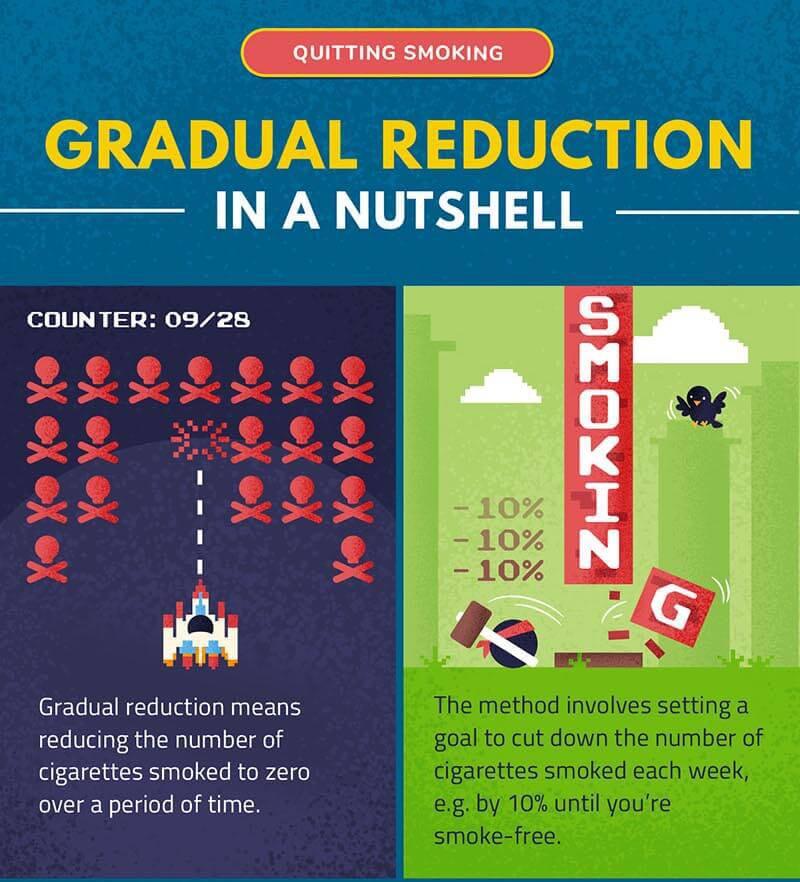 1) Gradual reduction means reducing the number of cigarettes smoked to zero over a period of time.

2) The method involves setting a goal to reduce the number of cigarettes each week, e.g. by 10% until your smoke-free.

3) It works by slowly reducing nicotine intake to minimise withdrawal symptoms until you find yourself stopping completely. 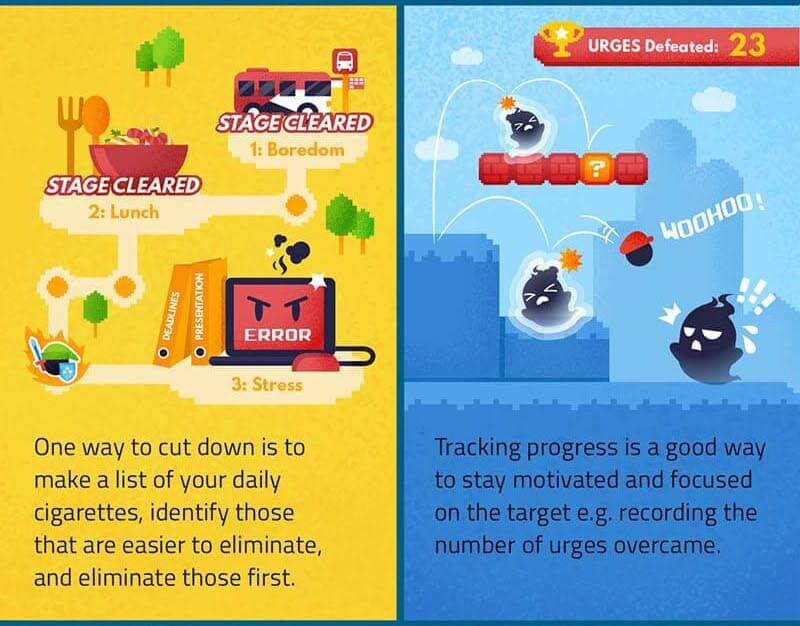 4) One way to cut down is to make a list of your daily cigarettes, identify those that are easier to eliminate and eliminate those first.

5) Tracking progress is a good way to stay motivated and focused on the target, e.g. recording the number of urges overcame. 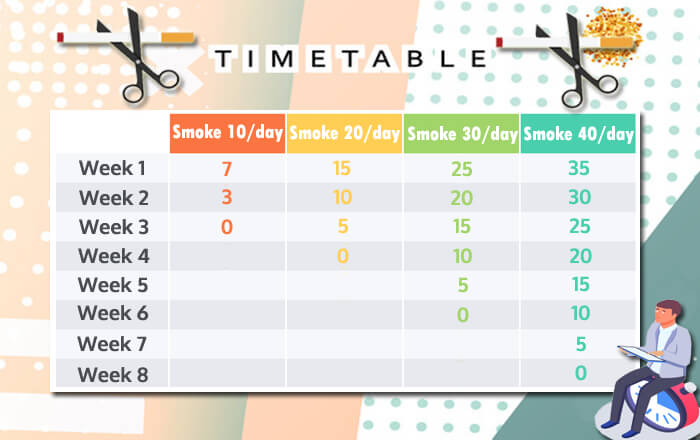 Example: if you're currently smoke 20/day. Your target for week 1 is to smoke Maximum 15/day, the lesser the better, but you can not exceed 15 everyday for that week. The best way is to prepare in advance your cigs and group it by day just like the way you prepare your supplement/vitamin for everyday in advance. 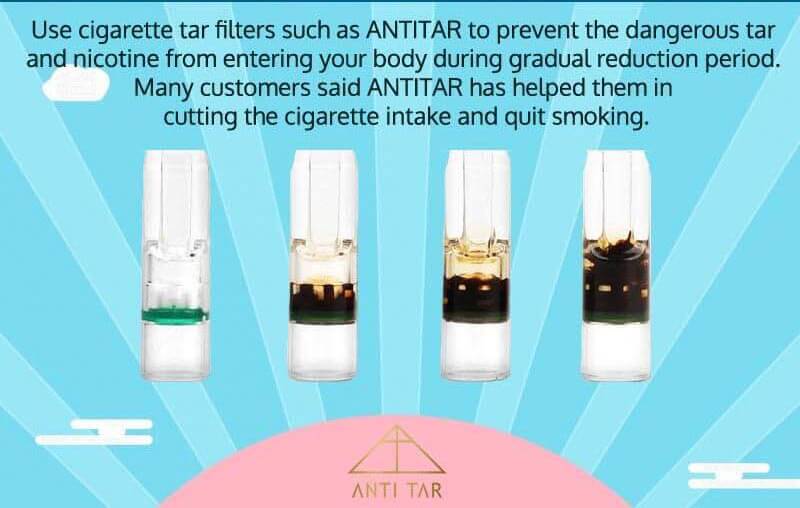 6) Use cigarette tar filters such as ANTITAR to prevent the dangerous tar and nicotine from entering your body during gradual reduction period. Many customers said ANTITAR has helped them in cutting the cigarette intake and quit smoking. 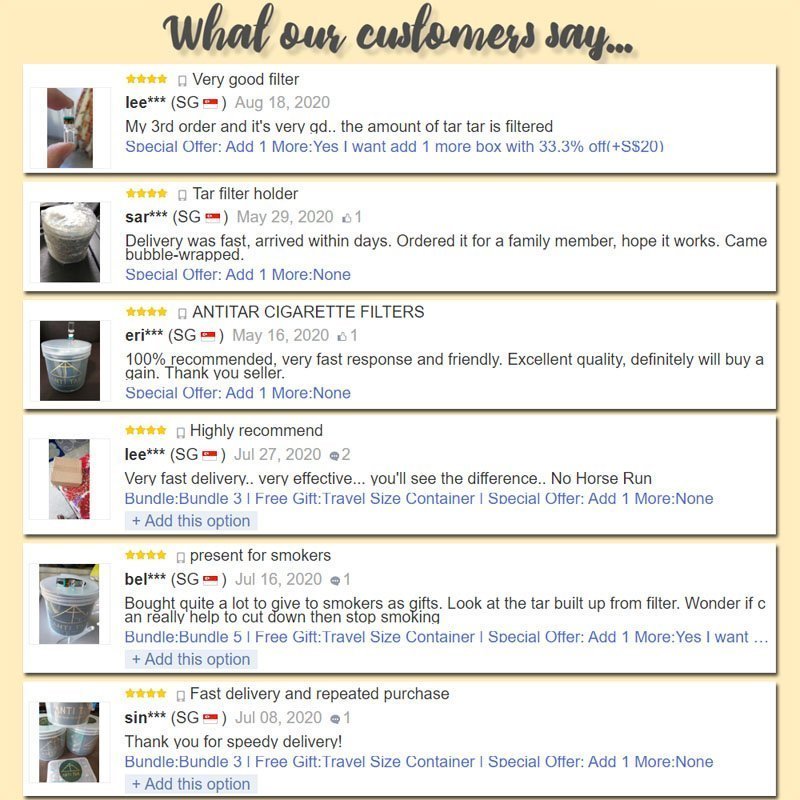 ANTITAR filter is made in Singapore

Good News for those of you live in AUSTRALIA. ANTITAR filter is now available on Amazon Australia